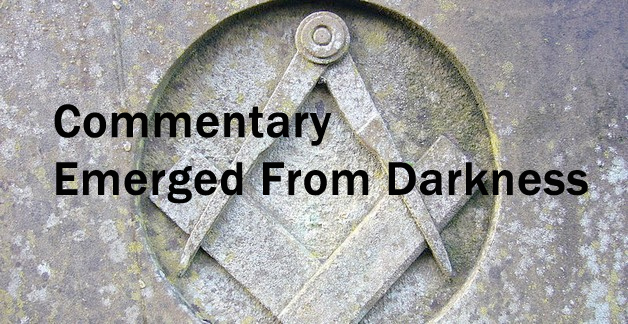 Artistically speaking, why the Freemasons?

So, from an artist’s perspective, why did I pick the Freemasons? Historically speaking, they had a hand in  the formation of the United States by taking a strong hand in resisting the British tyranny and forming a new, free, Republic.

That alone would make for a good story but it has been done to death. So instead of the British being the natural bad guy in the story, I resurrected the Illuminati.

A lot of people think they’re the same group, but they aren’t. The Illuminati were  a splinter organization that came out of the Freemasons. They were (as the history books have it) smashed in the 1700’s by the Duke of Bavaria, who, rightfully so, saw them as a potential threat to the government.

Now I’m not here to discuss who did what or when or what really happened, I’m just pointing out that I thought they made a great foil to our heroes, the Freemasons and gave me a lot of latitude in writing Emerged From Darkness.

As you may have guessed this is no ordinary colonial freedom piece, but rather a mix of cold war secret, behind the scenes espionage, and a little steampunk technology.

As soon as the edits are done I will be looking for reviewers. If you’re interested comment below.