End Week Reflection, There is no THEM, there is only a WE. 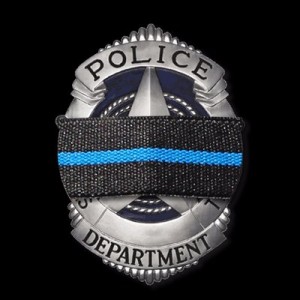 So there is no THEM, there is only a WE.

And as of last night, we suffered a terrible, and heartbreaking, and infuriating loss.

Five Police Officers were killed in the line of duty, and at least Eleven were wounded. They were running security at a Black Lives Matter protest in Dallas, in response to the earlier deaths of two black men, at the hands of white officers. Now the details are still quite sketchy in the MN case, but the Baton Rouge LA was a clear cut case of a felony suspect threatening an officer’s life, and the officer ended the threat. In any case, what was needed was cooler heads prevailing in honestly reserving judgment until the facts were brought to light regarding the shootings. But tragically we didn’t get that. Instead we have five officers who didn’t get to go home. And for what? Why?

Let me put it out there plainly for some who ride on emotion rather than sense.

Cops don’t generally just shoot people “For No Reason.” Or just because they hate black people.

To say or think otherwise is nothing more than providing yourself a weak and irresponsible excuse for shitty uncivil behavior, to put it frankly.

To the Police Department of Dallas Texas and all those affected, who walked the walls and fought the battle during that terrible fight, and those who supported them.

I am very sorry for your loss, I feel it, certainly not as you do, but I feel it. And I stand with you. I am a veteran and your good and brave men and women will always have my support. And I will always have your back, as a veteran, writer, citizen, and brother. God Bless your efforts, and God rest your warriors.

The fault for these crimes lies firmly at the feet of the perpetrators, as well as those who threw gasoline on the fire, for the expressed and clearly defined purpose of causing precisely this sort of tragedy.

Congratulations. You got what you wanted. But it will not end the way you think. Nor have you garnered any sympathy or empathy whatsoever for your cause. In fact you’ve fully and completely exposed yourselves for what you are, terrorists.

America doesn’t owe you a damned thing. Not a single…cotton pickin’ thing. Did that touch a nerve? Good, because killing cops rather touches a nerve in my book. Let me explain something to you…

650,000 Americans died fighting a war and as a result negro’s obtained freedom from slavery.

During the ‘60s your grandparents marched and fought for their civil rights.

You have a National Black Caucus, a National Black Chamber of Commerce, educational funds, access to the highest institutions of learning, you have your own entertainment channels, awards shows and ceremonies, societal programs of affirmative action put in place to specifically ensure black employment and employment opportunity. Far and beyond, you have access to programs and institutions denied even to whites, programs we don’t have. All for your societal betterment and equality.There is absolutely no impediment whatsoever, in any way, shape nor form, to the health, wealth, and success of a black person in America today. Black men and women occupy absolutely every occupation available to white men and women. There are black Doctors, Lawyers, Judges, Engineers, Teachers, Scientists, Poets, Writers, and do I even need to mention, holders of political office?

You even have a black President of the United States. You can’t get much higher than that for achievement can you?

All you had to do was simply accept it, and be a part of America, and work for your part of the dream.

Every obstacle to your success was removed, long ago.

I leave you with the words of Morgan Freeman a black man, from the movie “Glory”

“Dying’s what these white boys been doing for going on three years now. Dying by their thousands. Dying for you fool. I know cause I dug their graves. And all the time I’m asking myself when, when O Lord is it gonna be our time? Time is coming when we’re going to have to ante up. Ante up and kick in like men. LIKE MEN. Now you watch who you calling nigger, the only niggers round here is you. Just a smart mouth stupid ass swamp running nigger. And you ain’t careful that’s all you ever gonna be.”