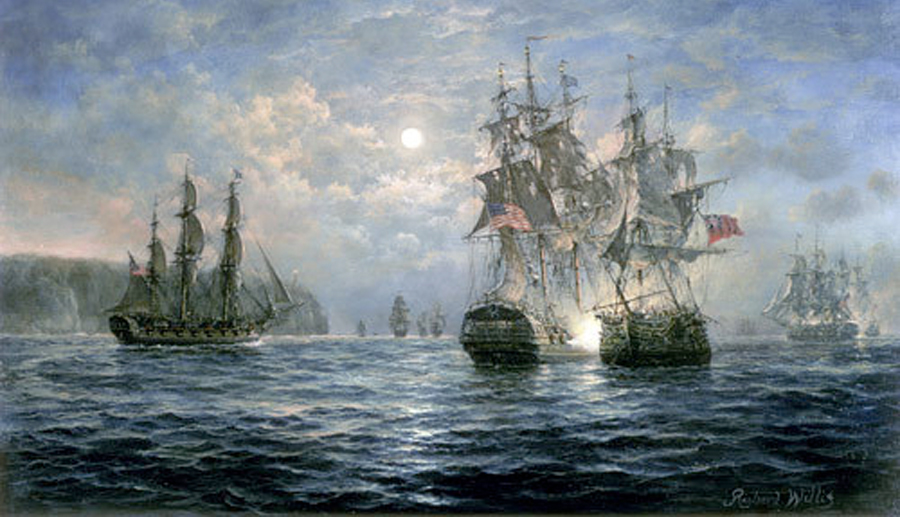 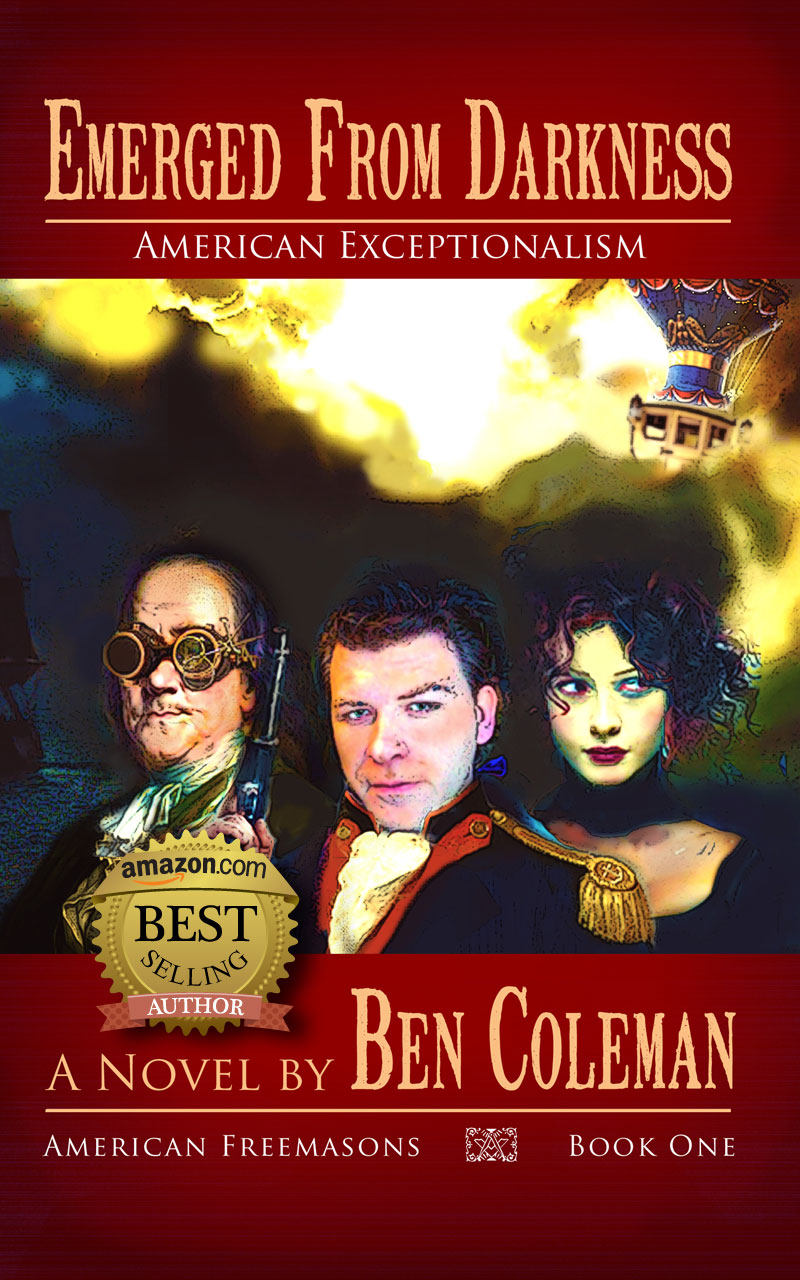 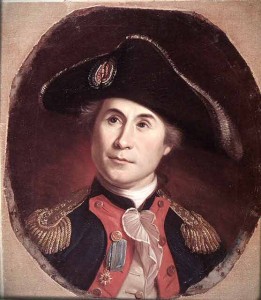 A week after I released my book, Emerged From Darkness, I got curious and asked a question. How many even knew who John Paul Jones was?

Firstly I expected a lot of young people to really have no clue, and I can’t say their answers were really that surprising.

The young people typically gave some vague answer like “Wasn’t he a naval officer during the revolution? I think I read about him a few years back.”

Fine, that’s about what I figured.

But even some older people didn’t know, and gave an equally vague, and only slightly more informed answer like “He established the Navy as we know it.”

Okay, and as I’m listening I’m rolling my hand encouraging them to give me more, and they don’t.

And so they roughly understand he established the Navy, but what does that even mean? Really?

Established the traditions? How?

Well here’s how, and here’s why he’s a damned important figure in our national history, and why his actions should be not only not forgotten, but often remembered, and very well known to every man and woman in this country who calls themselves a warrior.

The long and short of it is this. Jones was a Scotsman, born and bred, who’d been a sailor since about twelve or thirteen. And like many Scotsmen probably didn’t harbor a whole lot of warm and fuzzy feeling for the English to begin with, even if he didn’t have any problem living, working, sailing, or making money among them.

Around the time the revolution was getting started in 1775 he was running a merchant ship with cargo out of the Caribbean, ran afoul of some bad business, killed a fellow crewman (in self defense) he claimed, and skipped town for the America’s, Fredericksburg, Va to be exact.

There he discovered a fledgeling colonial Navy desperate for skilled seamen, officers, warfighters, seadogs, and ships. There was of course no chance the colonies were going to go head to head with the British Navy, who at the time was the world’s maritime superpower with warships literally in the hundreds. And the colonies had nothing, literally, nothing, zip, zero, nada, for a Navy. But what they DID have was a multitude of private ships that could be easily outfitted with a handful of cannon and sent out to privateer, that is, engage in piracy on behalf of a government sponsorship. And the hope was to intercept and take a bite out of the british merchant fleet. If they couldn’t stop the British navy itself, they could at least put a pinch in their purse and cause a major nuisance.

Jones, volunteered, seeing a clear way to possible glory and reputation, a thing no young and spirited social climber could do without. And Jones was a social climber, as he had in fact, harbored dreams of being a famous captain, and eventually a famous Admiral. There were ample benefits as well as pay being promised by the colonies, much more than what he’d find sailing for the English, and even though he favored the French, they weren’t actually hiring at the moment and there weren’t any good wars going on for them either. So the colonies seemed the best bet. And it’s probably also true certain strings were pulled via the good ole boy network, since he was a Freemason, initiated back in Scotland and among the Founding Fathers in America you couldn’t throw a rock in any direction without hitting a half dozen Freemasons, so his appointment in the Navy as an arrangement through Freemasonry is really not a stretch of the imagination.

So he was off on his fated career, and in truth, though the specifics of each of his battles is fascinating, what’s most important here was his attitude. Remember, the colonies were waging a defensive fight here, and most especially out at sea. They had cobbled together roughly eighteen captains for warships to do their valiant best at holding off an armada. So any kind of aggressive action, any kind offense wasn’t even considered, it was preposterous against ships in the hundreds and ships of the line in the half hundreds. It was plainly impossible.

But that’s precisely what John Paul Jones decided to do. The impossible.

In a series of actions, and upgraded ship commands he took the fight across the sea, to Europe where he was outfitted by the French, who were gleefully pleased to see the English get some in their own backyard, and he proceeded to beard the lion as they say. He hit the Irish Sea, the English Channel, and went to work with a vengeance. And not only was he actively hitting merchant ships, he was taking on British naval vessels where and when he could, often flying the false flag to get close. Then, to make matters even worse he was hitting port cities, terrorizing the populace and making himself into something of a hobgoblin in English minds.

At first glance it might not seem all that big a deal, one ship, or even two or three in a tiny squadron running about playing hit and run. But consider, in order to catch these guys you might need to divert an entire squadron of a half dozen vessels, with two or three heavier armed warships to look for him. He plays hide and seek, hits them hard, damages them and forces them to retreat. So then you’ve got to send out another squadron. And then there’s the area of operations to think about. To guard the shipping lanes and send out patrols you might have to divert dozens of warships, to say nothing of beefing up your fortifications on land just in case. Then you’re getting reports, however accurate or inaccurate of this guy showing up over here, then over there, and you don’t really have any real idea of where he actually is, so now you’ve got to cover the entire area of the Irish Sea, around the coast of Ireland, Scotland, England, the Channel. That’s a seriously ginormous patch of aquatic real estate to cover! Just to stop one son of a bitch that won’t stay still long enough to get caught, and doesn’t seem to have any problem slugging it out with your ships when he thinks he can get away with it. And of course this says nothing of the other piratical and privateering elements just like him he’s encouraging.

Now, consider the most important factor here, the one even more important than sheer manpower or material.

At one point prominent London papers were reporting Insurance rates quadrupling themselves within a single, year. Before this Jones cat showed up you were paying out a hundred pounds in insurance, now thanks to him and his snotty American Colonial flag popping up on the shore of Cornwall you’re paying four or five hundred pounds for the same amount of coverage.

People were pissed. Seriously pissed. And now you can begin to get a feel for the impact this one guy was making on the war effort.

The British big money people were screaming for the authorities to stop this guy, or make some kind of cessation of hostilities. They were demanding something be done to stop the bleeding. Even if they had to cut bait and give the colonies independence.

Naturally of course John Paul Jones didn’t win the war single handedly. But you can now see quite clearly how he contributed, even greatly, and how that kind of fighting spirit became the hallmark of the United States of America, and the United States Navy.

And set the stage for even more American heroes, like Stephen Decatur, and the USS Constitution.